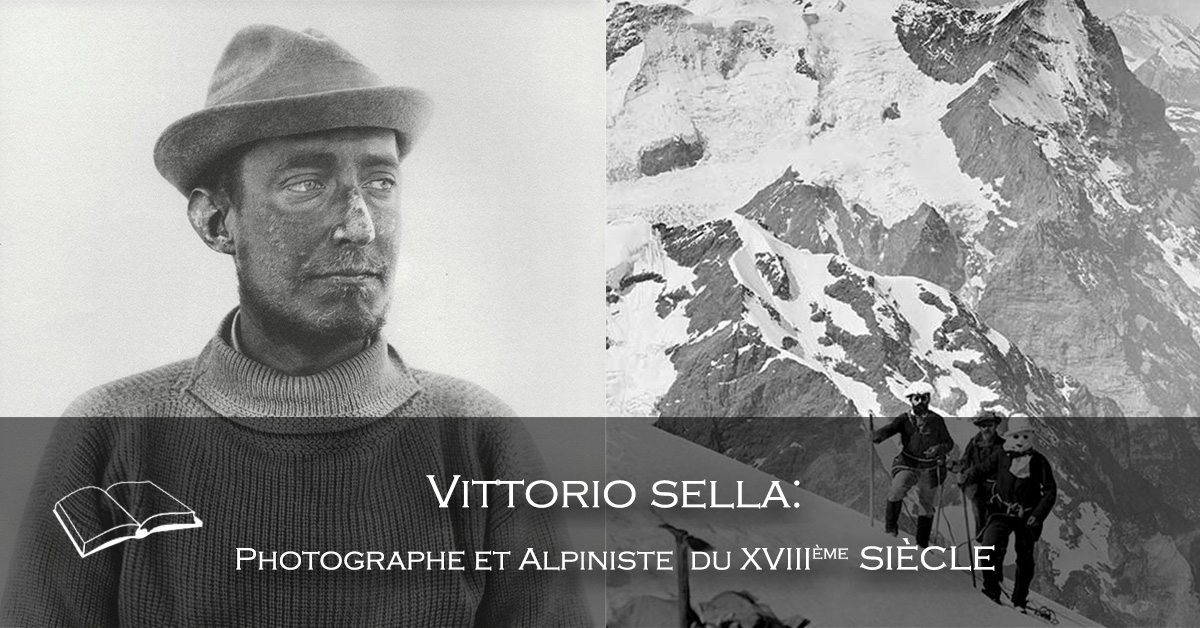 Vittorio Sella (1859-1943) was one of the leading photographers and mountaineers of the late 19th and early 20th centuries. He was the nephew of Quintino Sella, one of the founding members of the Italian Alpine Club (1863). He was as famous for his photographs as for his climbs.

Sella himself said that he had decided to combine photography and mountaineering from 1880 onwards and that he was only interested in the high regions of the Alps, which had not yet been explored or photographed - even though, as we have seen elsewhere articles, several pioneers had already taken photographs in the Alps. Sella benefited from the patronage of Prince Luigi Amedeo, Duke of Abruzzo, cousin of King Victor Emmanuel III, for whom Sella was the official photographer.

First photos in the mountains

Sella was only nineteen years old when he made his first attempt at mountain photography, going to summit on Mount Mars, which overlooks Biella from a height of 2600 metres. With the heavy photographic equipment he had borrowed, Sella made his first panorama of the Alps. The technique was that of the wet collodion, which required not only taking a small laboratory and a darkroom to the altitude, but also developing the photograph while it was still wet, i.e. in the minutes following the shooting. But technical progress made the task of the Alpine photographer easier: dry negatives could be prepared in advance and developed later. Their higher sensitivity also allows for shorter exposure times.

Sella attaches great importance to photography and subordinates mountaineering to it, while many photographers of his time reason in the opposite direction. Sella is also against science, which plays no role in his practice.

First winter on the Matterhorn and first photographs from its summit

Sella developed a particular taste for winter climbing. He particularly liked to climb and photograph mountains in winter because of the quality of the air, namely its clarity due to the cold. In 1882, Sella led the first rope party to summit on the Matterhorn in winter. In the same year, he wrote to the London firm of J. H. Dallmeyer asking them to modify a camera with 30 x 40 cm plates so that he could transport it more easily in the Alps. The camera weighed almost 18 kg, each plate just under a kilogram. Previously, Sella had used the smaller 24 x 30 cm format, but it didn't really suit him:

"As I considered the 24 x 30 format to be aesthetically too square and, moreover, insufficient to achieve the objective I had set myself at the time of offering the best possible image of the Alps through photography, I chose the larger 30 x 40 format.

It was with this equipment that he succeeded in taking the first photographs at summit . Matterhorn. They helped establish him as the most important mountain photographer of his time.

Although he is known as a mountaineer and photographer, Sella was also a painter. He trained with Ciardi, although he had no intention of making a career of art. He exhibited some paintings, but more to prove to himself that he had not wasted his time and money than anything else. In his paintings, Sella shows an exact eye for detail, but also for the way in which the lights are placed. Photography and painting are obviously linked in Sella's practice, and several paintings are obviously painted from a photograph taken at altitude, such as the Monte Rosa massif from Tyndall Peak.

However, Sella did not remain confined to the Alps, he also explored other mountain ranges in the frame expeditions organised by the Duke of Abruzzo. He went to the Caucasus three times in 1889, 1890 and 1896, where the group made several first ascents. They were among the first to successfully climb Elbrus, the highest summit in Europe at 5642 metres.

He presented some photographs taken in the Caucasus in London in 1890 and won a prize for them. In 1897, Sella travelled to Alaska. Unfortunately, many of the photographs suffered from humidity. Sella also visited the Himalayas twice, in 1899 and 1909, when he took part in an expedition organised by the Duke of Abruzzo. During the expedition to the Karakoram, the group failed to climb K2 (as did the first expedition in which the Swiss physician and photographer Jules Jacot-Guillarmod took part in 1902). The group also had to abandon the ascent of Chogolisa, only 150 metres from summit , due to bad weather and ledges. This was the new altitude record at the time.

In 1906, Sella accompanied the prince to the Rwenzori, a range straddling Uganda and the Congo that had only been seen for the first time by a European in 1876. The expedition made sixteen ascents and named several summits. While Sella thus participated in European colonial expeditions to conquer untouched regions, nothing in his photographs betrays a rhetoric of conquest or glory. Sella remains focused on the beauty of the mountains.

Sella attached great importance to aesthetics and regretted that the beauty of the mountain landscape left most mountaineers of his time indifferent. 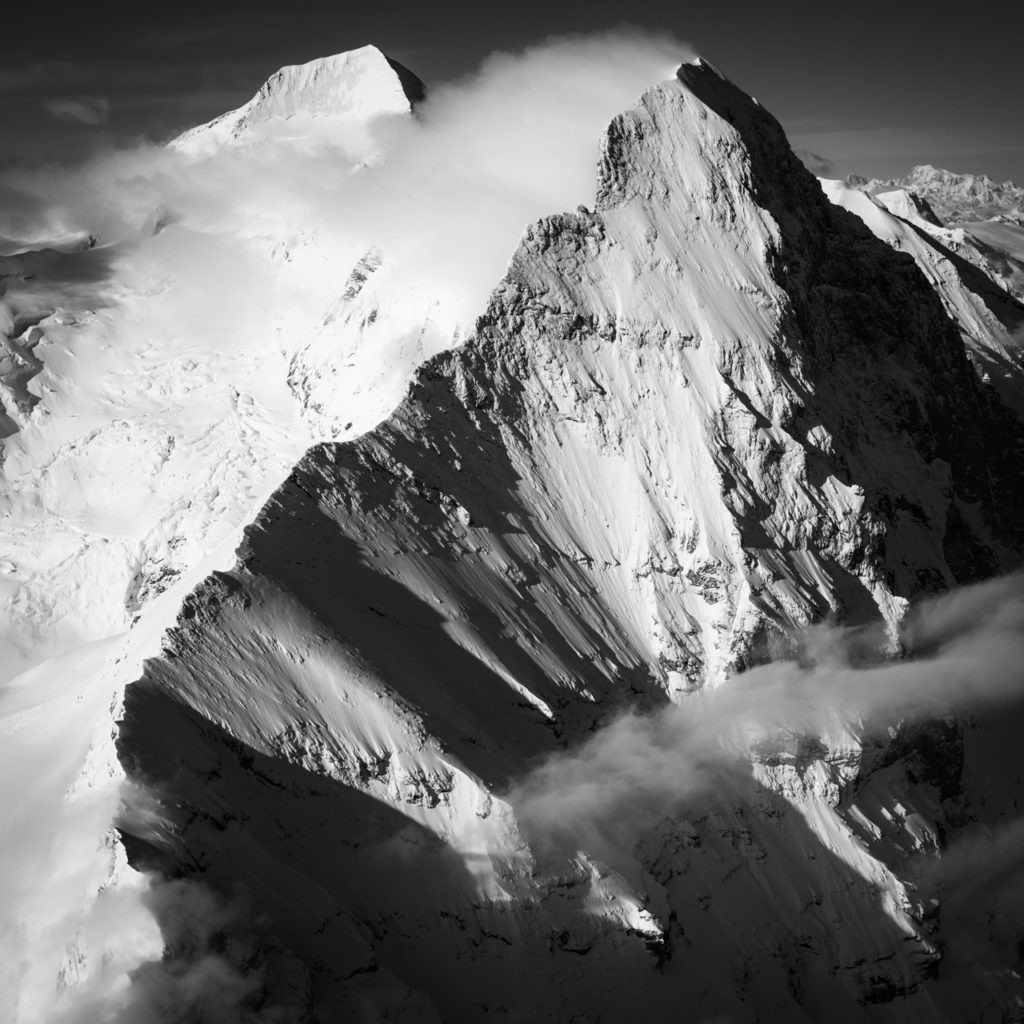 Since 2010 I have undertaken to perpetuate the preservation of the memory of the Alps by photographing them.

I invite you to discover my contemporary photographs of the Alps 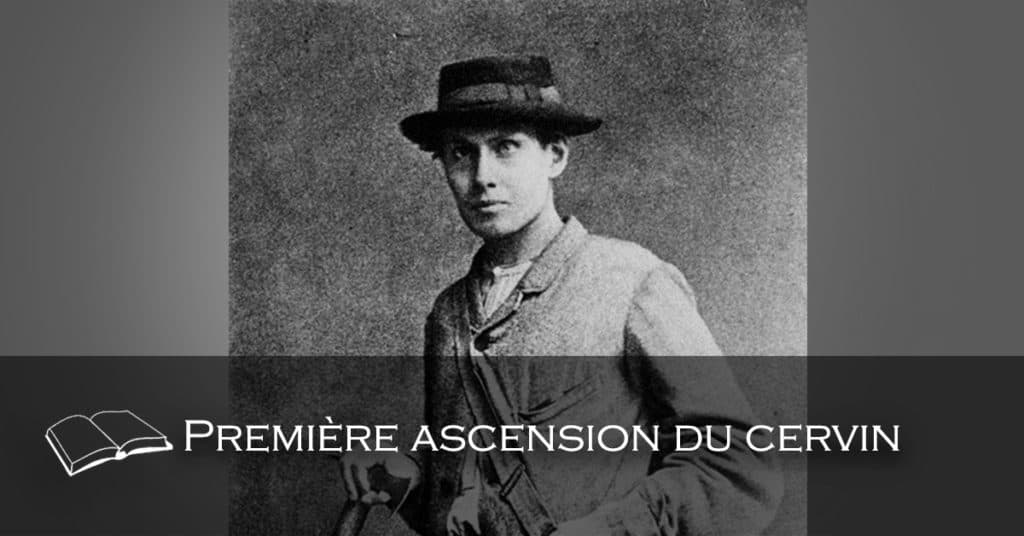 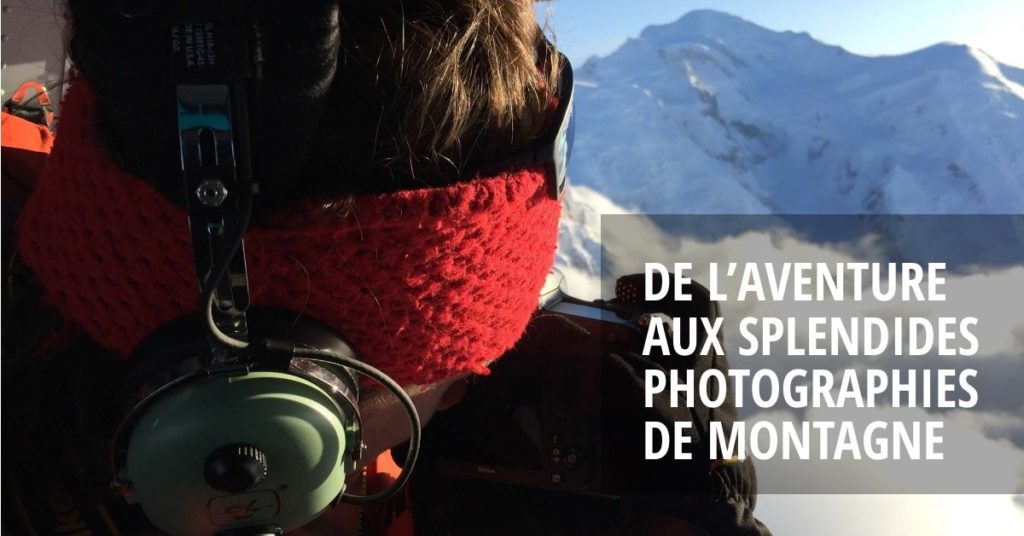 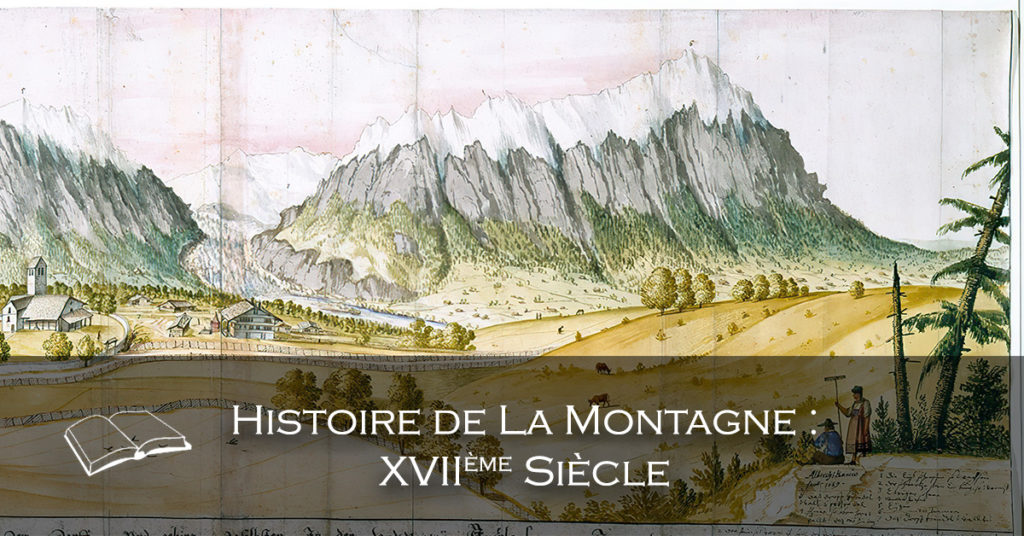 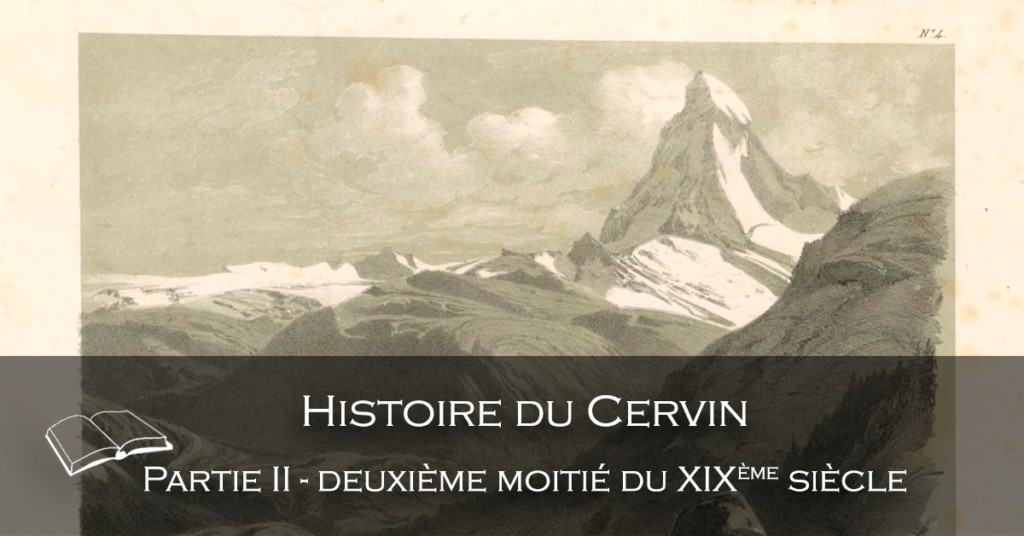 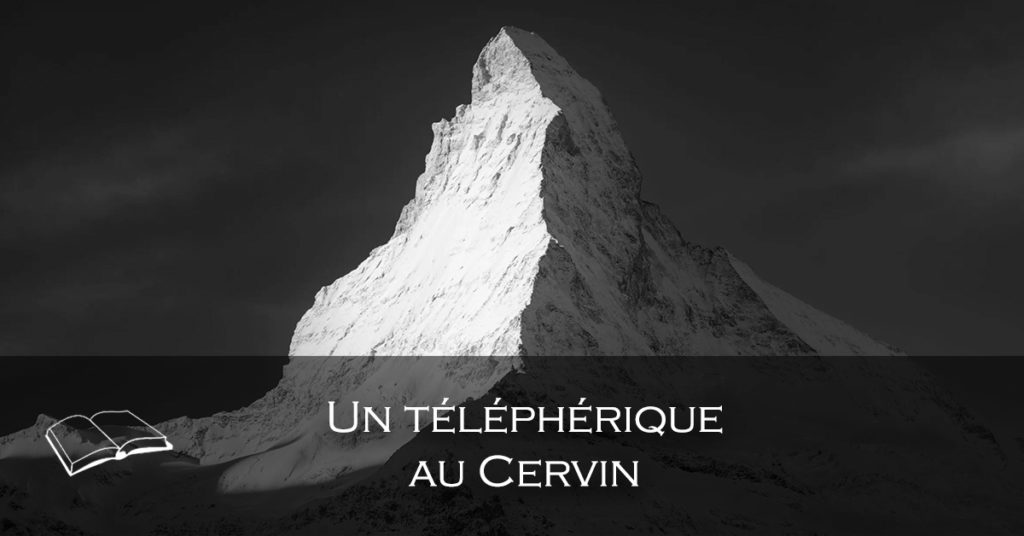 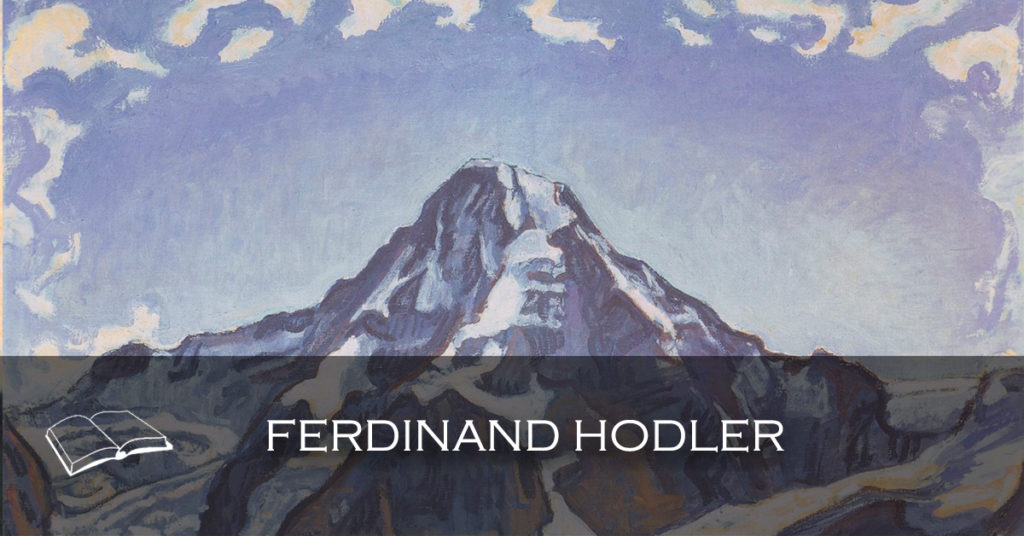 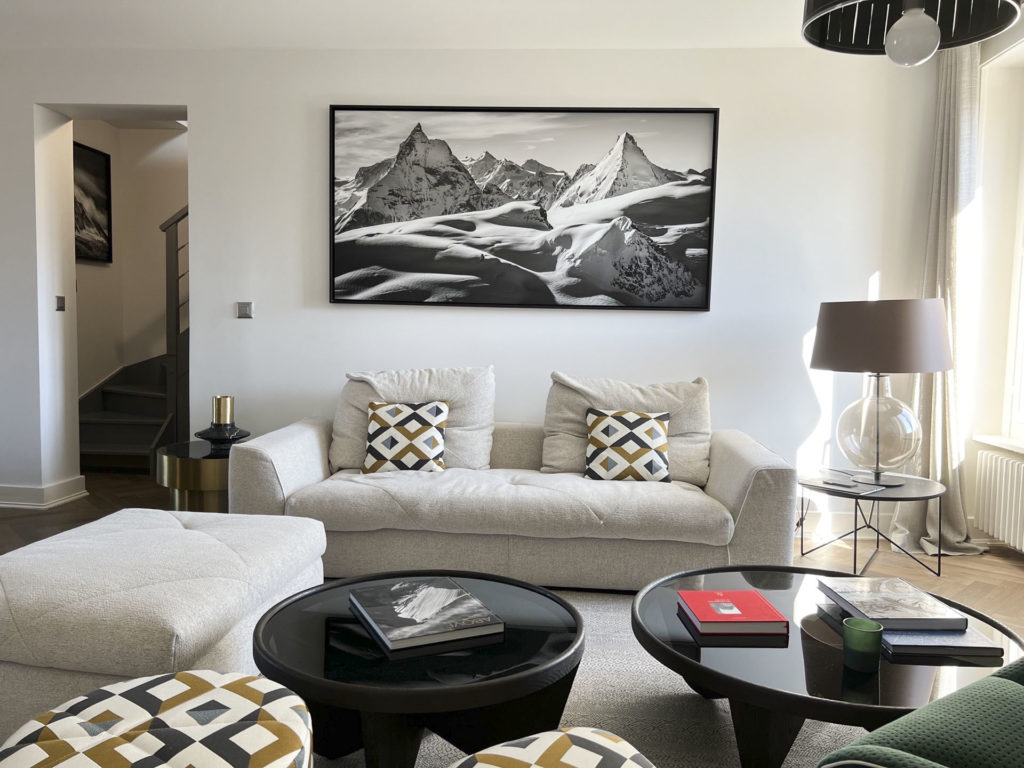